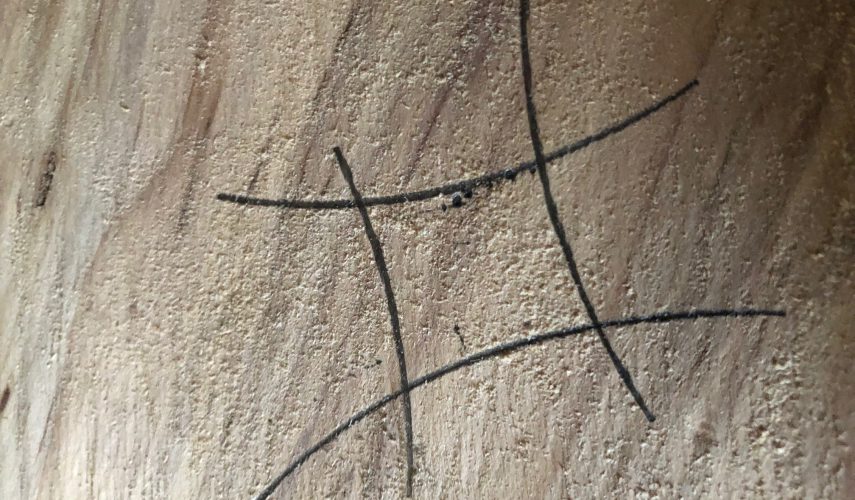 There are many ways of finding the centre of a bowl blank. The different methods are often discussed at club meetings. We hope to build a list of the most popular ways discussed below.

Cut several pieces of circular card with the most common size blanks that you usually cut out.  Mark the centres and diameters on each card, they are usually cut in half inch increments. 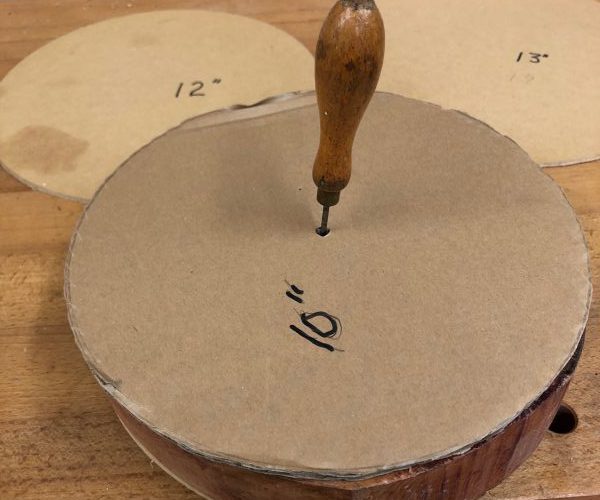 As you can see, they are useful for marking the cut line on the blank and the bradawl will also leave a centre mark for chucking.

These cut out discs are also very useful when cutting blanks out of rough logs, as shown below. 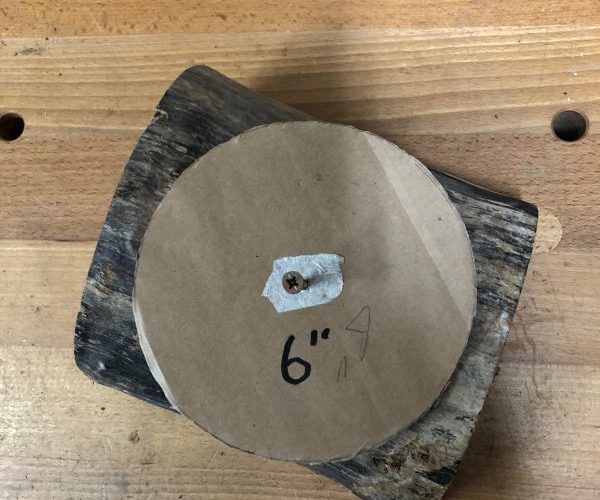 Select a card of the rough size and secure it in the centre of the blank.

This log has previously been cut in half so the flat surface is facing down. 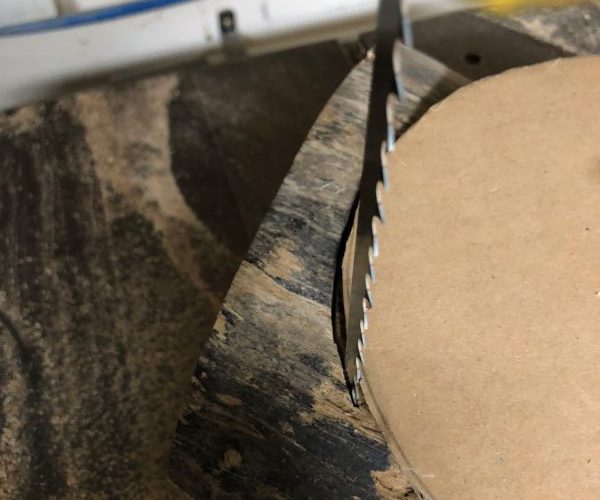 This image shows the card disc being used as a guide to cut out the blank.  If the card is cut, its easily replaced and no damage to the bandsaw blade.

This last image shows the end result, a round log blank ready to seal and store or turn. 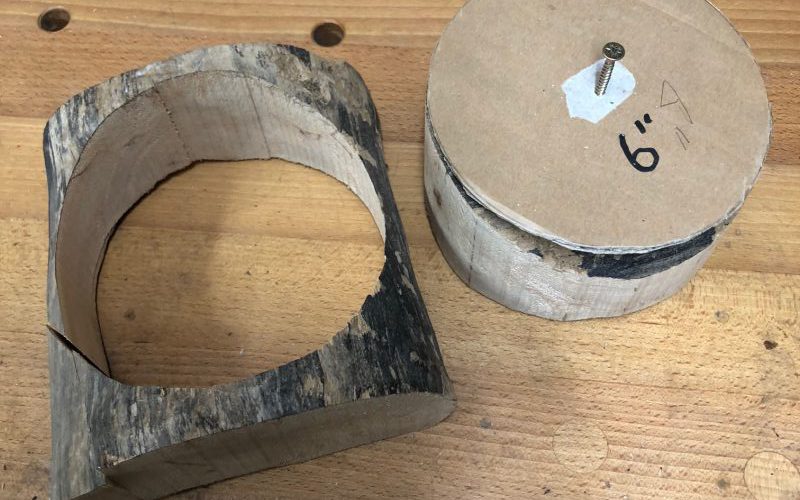 The centre of a bowl blank which is not a true circle can be found by,  opening a compass slightly more than the radius of the blank set the compass leg on the edge of the blank and stike an arc as shown below. 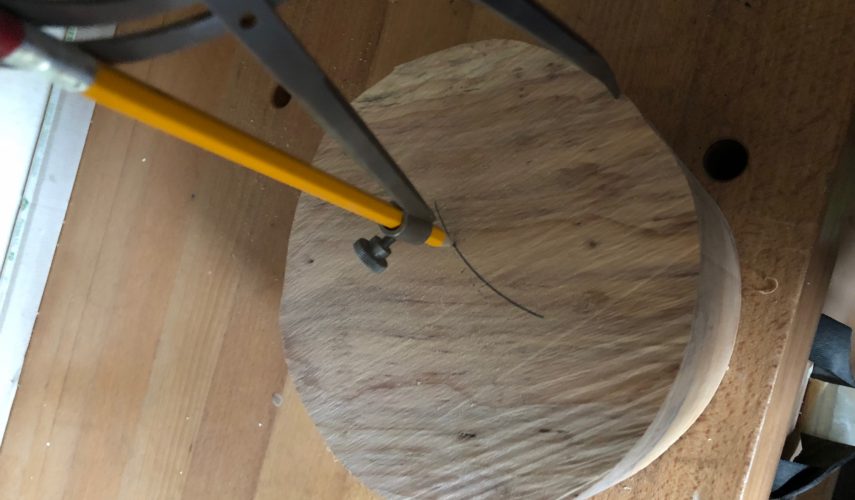 Strike three more arcs from opposit sides of the blank, then cross the middle of the four arcs to find the bowl blanks centre as below. 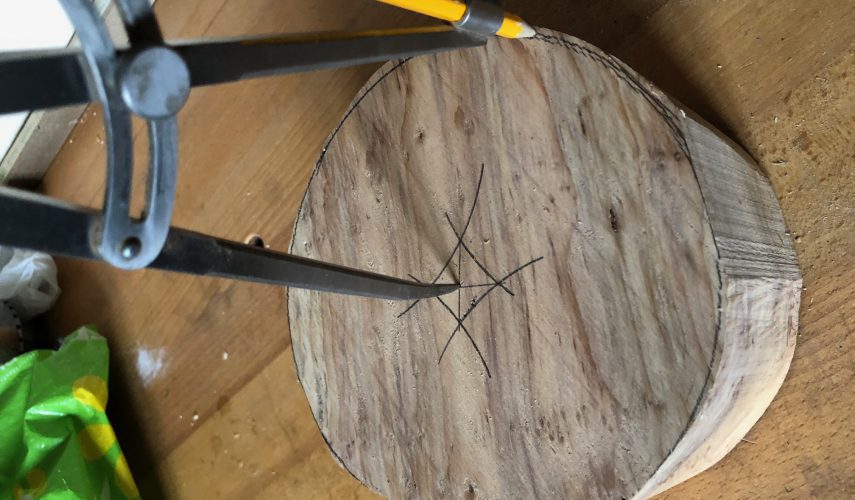 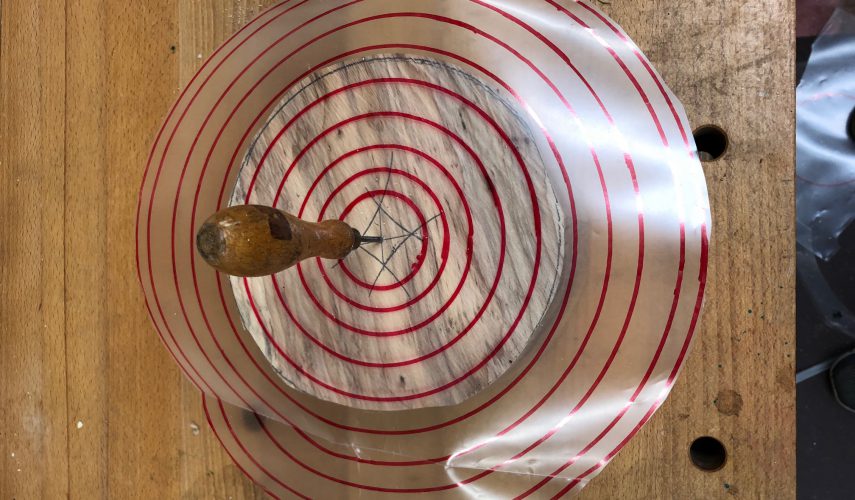 These discs can be constructed out of rigid acrylic or as shown, clear polythene, which is a much cheaper option.  The disc is marked with a series of  circles increasing in size. Mark the centre and drill a hole through.

The disc is then placed over the blank  to find the position to produce the best blank.  The centre is then marked with a bradawl.  Remove the disc and place the compasses on the centre mark and scribe a circle.  The blank is now ready to be cut out. 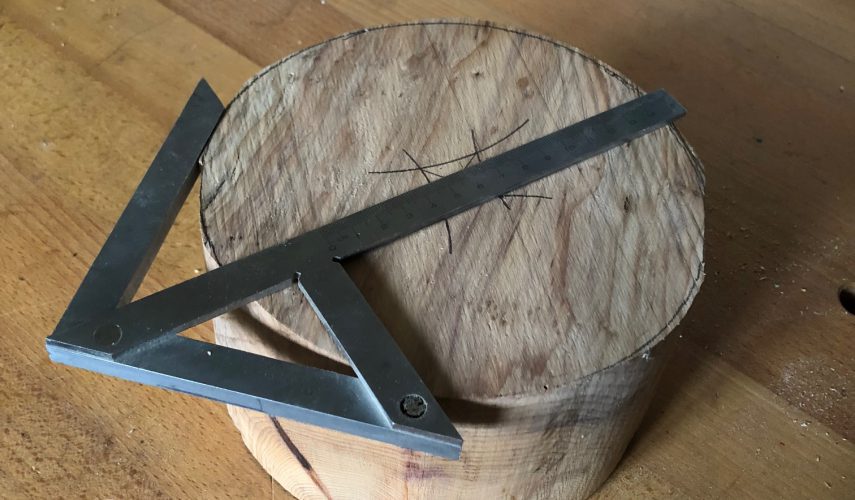 There are many types of centre finder tools on the market which work very effectively.

If the blank is perfectly round, a few lines marked from opposit side will quickly find the centre of the blank.

If the blank is not perfectly round, several lines will have to be marked to find an approximate centre.  This centre mark can then be checked with compasses to ensure the size reqired can be produced.  With the centre found, mark the circle with a compass.